We all know that the production of film and television is a risky business. It usually involves a lot of people, a lot of technology and a lot of money, and – as in all other creative media industries – the outcome is uncertain, compared with the relatively high costs. Analysing film and media production from a risk perspective involves looking at a number of processes related to the nature and organization of creative work. This seminar focuses on filmmaking and television production in relation to different understandings of risk.

See full program and cv on keynote speakers at:
http://cmi.mef.ku.dk/dokument/dokument6/dokument/?obvius_session_id=1edd2add6b13d476550e996f19a234bf 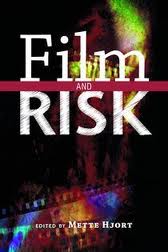