On the Road to Nowhere? 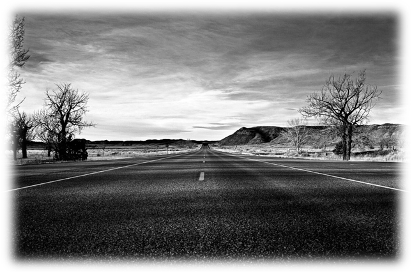 Nationalism and Multiculturalism in a Diverse World

What is the relationship between national history and the history of nationalism? Is it possible to detach the history of nationalism from that of the nation-state? How ‘global’ is nationalism, and does nationalism still matter? Can we talk about the ‘death of multiculturalism’? Are we living in an age of diversity? How can we conceptualize the dialectic between similarity and difference, and how can we cope with (increasing?) diversity? Where and how do immigration and Islam come into picture? Straddling the line between the historical and the contemporary, and making a case for the importance of comparative approaches, this course will cast a critical eye over these, and many other, questions and explore the intimate relation between nationalism and multiculturalism in today’s ‘omniphobic’ world.

• Thomas Hylland Eriksen (University of Oslo)
Professor of Anthropology at the University of Oslo. He is the author of Ethnicity and Nationalism: Anthropological Perspectives (3rd, 2010) and Small Places, Large Issues (3rd edn, 2010). Recent publications include ‘Xenophobic Exclusion and the New Right in Norway’, Journal of Community and Applied Social Psychology (2012) and ‘Ethnicity’, in The Encyclopedia of Globalization, edited by George Ritzer (2012). He is currently directing two research projects on ‘Inclusion and Exclusion in the Suburb’ (based on fieldwork in a suburb of eastern Oslo) and ‘Overheating: An Anthropological History of the Early 21st Century or The Three Crises of Globalization’.

• Umut Özkirimli (Lund University and CEMES Honorary Professor at KU)
Professor of Contemporary Turkey Studies at CMES, Lund University and Honorary Professor at CEMES, University of Copenhagen. He is the author of Theories of Nationalism: A Critical Introduction (2nd edn, 2010) and Tormented by History: Nationalism in Greece and Turkey (with Spyros A. Sofos, 2008). Recent publications include ‘And People’s Concerns Were Genuine: Why Didn’t We Listen More? Nationalism, Multiculturalism and Recognition in Europe’, Journal of Contemporary European Studies (2012). He is currently editing a book series on ‘Islam and Nationalism’ for Palgrave Macmillan with Spyros A. Sofos and working on a series of articles on the ‘Kurdish question’ in Turkey and an article on nationalism in post-Oslo/Utøya Scandinavia with Bo Petersson.

Requirements: Mandatory readings and active participation in seminar discussions. Participants are further encouraged to present some of their work in the seminar (10-15 pages essays and 15 minutes oral presentations are expected)

The course is free of charge. Participants will be selected based on their application and field of research. Participants are asked to organize travel and accommodation at their own expense. Meals and coffee will be provided free to all participants.

Deadline for submission of applications (letter of motivation, CV and paper/PhD abstract) is 26 October 2012 to oluf@hum.ku.dk.

Organizer: CEMES and the PhD School at the Faculty of Humanities