Lecture by Patricia Clavin Securing the World Economy: The Reinvention of the League of Nations

The interdisciplinary research network European Contemporary History is proud to announce that Patricia Clavin will lecture on her latest book Securing the World Economy: The Reinvention of the League of Nations (Oxford 2013). Patricia Clavin is Professor of International History and the Zeitlyn Fellow and Tutor in History at Jesus College, Oxford. She has written extensively on history of international and transnational relations in the Twentieth Century with a special focus on the relationship between international security and economic and financial stability, and the role played by international and regional (notably European) organizations. Following the lecture, there will be comments by Morten Rasmussen (Associate Professor at the SAXO-Institute, University of Copenhagen) and Karen Gram Skjoldager (Associate Professor at the Department of Culture and Society, University of Aarhus) and a Q&A session. After the lecture, there will be a reception with drinks and snacks.
The lecture is open for all, but registration is necessary: nolsen@hum.ku.dk

Securing the World Economy: The Reinvention of the League of Nations explains how efforts to support global capitalism became a core objective of the League of Nations. Based on new research drawn together from archives on three continents, it explores how the world's first ever inter-governmental organization sought to understand and shape the powerful forces that influenced the global economy, and the prospects for peace. It traces how the League was drawn into economics and finance by the exigencies of the slump and hyperinflation after the First World War, when it provided essential financial support to Austria, Hungary, Greece, Bulgaria, and Estonia and, thereby, established the founding principles of financial intervention, international oversight, and the twentieth-century notion of international 'development' 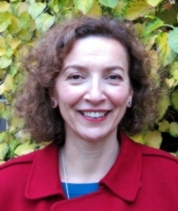