The Cosmic Imagination: A Poetic-Physical Approach to Reality 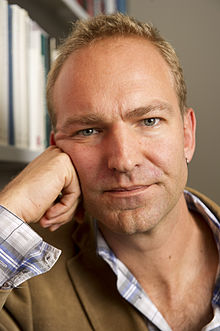 Twentieth-century science was turned on its head by the discoveries of relativity and quantum physics. In this lecture Professor Egginton shows those discoveries weren’t uniquely the product of the field of physics, but also sprang from centuries of efforts by artists, mystics, and thinkers to probe the extremes of human knowledge and challenge our very conception of reality. Through a series of readings of literary and philosophical texts along with images from both art history and modern cosmology, Professor Egginton tells the story of the poets, physicists, and philosophers who upended our most basic notions of what is real. His talk will deal with the problems of time and space on a cosmic and microcosmic scale, spanning from quantum fluctuations to the curvature of the cosmos. The collection of thinkers that he’ll touch upon includes Plato, Kant, Dante, Borges, Einstein, and Heisenberg.