Heidegger's Black Notebooks: National Socialism, World Jewry, and the History of Being 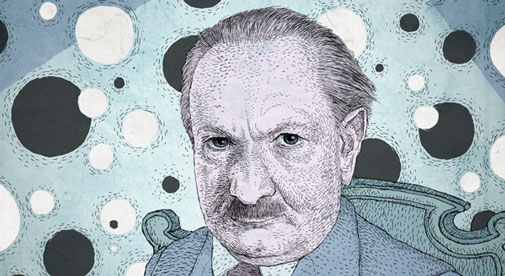 Heidegger intended the Black Notebooks, which were recently published in Germany, as the culminating achievement of his 102-volume Collected Works edition. They represent, among other things, a stark reaffirmation of his philosophical commitment to National Socialism – and, as such, possibly a point of no return for Heidegger scholarship. The Black Notebooks also disturbingly reveal Heidegger’s obsession with “World Jewry” in the most negative and cliché-ridden terms: as a pivotal source of cultural and social dissolution that must be eliminated in order to realize National Socialism’s “inner truth and greatness” – as Heidegger himself put it in 1935. How, then, should one go about resolving the conundrum of someone who indisputably remains a great thinker, but who remained convinced that the Nazi regime, with its racism and exterminationist militarism, represented an adequate solution to the “decline of the West?”
Following Professor Wolin’s lecture, there will be comments by Göran Dahl (Professor Emeritus at the Department of Sociology, Lund University) and Morten Sørensen Thaning (Associate Professor at the Department of Management, Politics and Philosophy, Copenhagen Business School) and a Q&A session.

Richard Wolin is a Distinguished Professor of Political Science, History and Comparative Literature at City University of New York and has written extensively on European intellectual history.

The session is organized by Frederik Stjernfelt (Professor at the Department of Arts and Cultural Studies and director of Humanomics), mapping-humanities.dk
and Niklas Olsen (Assistant Professor at the Centre for Modern European Studies), cemes.ku.dk