Love as a Human Freedom

Rather than see love as a natural form of affection, Love as Human Freedom sees love as a practice that changes over time through which new social realities are brought into being. Love brings about, and helps us to explain, immense social-historical shifts—from the rise of feminism and the emergence of bourgeois family life, to the struggles for abortion rights and birth control and the erosion of a gender-based division of labor. Drawing on Hegel, Paul A. Kottman argues that love generates and explains expanded possibilities for freely lived lives. Through keen interpretations of the best known philosophical and literary depictions of its topic—including Shakespeare, Plato, Nietzsche, Ovid, Flaubert, and Tolstoy—his book treats love as a fundamental way that we humans make sense of temporal change, especially the inevitability of death and the propagation of life.

Free entry, everyone welcome, but please register if you’re not part of CEMES: christian.benne@hum.ku.dk

Paul A. Kottman is Associate Professor of Comparative Literature at the New School for Social Research, and Eugene Lang College, the New School for Liberal Arts. He is a member of the Committee on Liberal Studies, and is affiliated with the Philosophy Department. He holds the Abilitazione, Professore Ordinario in Filosofia, Estetica (Professor of Philosophy, Aesthetics) in Italy. He has held Visiting Professorships at the University of Tokyo; the Università degli studi di Verona; Instituto per gli studi filosofici, Naples; and the International Chair in Political Languages, Dipartimento di Politiche Pubbliche e Scelte Colletive (POLIS), Università del Piemonte Orientale.

Love as a Human Freedom 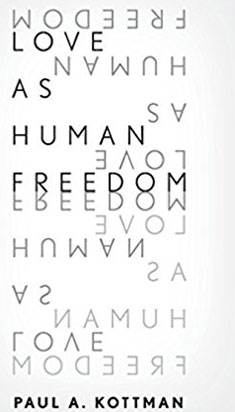