The Hegemony of Growth

The OECD and the Making of the Economic Growth Paradigm

Matthias Schmelzer (University of Jena/University of Zürich) will present his book, followed by comments by Karen Gram-Skjoldager (Lektor, Aarhus University) and Carl-Johan Dalgaard (Professor, University of Copenhagen)​, and a Q&A session. 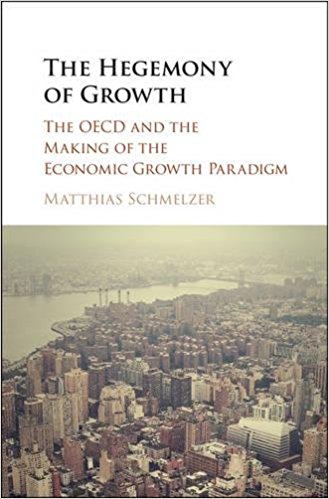 The Hegemony of Growth: In modern society, economic growth is considered to be the primary goal pursued through policy-making. But when and how did this perception become widely adopted among social scientists, politicians, and the general public? Focusing on the OECD, one of the least understood international organizations, Schmelzer offers the ﬁrst transnational study to chart the history of growth discourses. He reveals how the pursuit of GDP growth emerged as a societal goal and the ways in which the methods employed to measure, model, and prescribe growth resulted in statistical standards, international policy frameworks, and widely accepted norms. Setting his analysis within the context of capitalist development, postwar reconstruction, the Cold War, decolonization, and industrial crisis, The Hegemony of Growth sheds new light on the continuous reshaping of the growth paradigm up to the neoliberal age and adds historical depth to current debates on climate change, inequality, and the limits to growth.