The Problem of Democracy in Postwar Europe

By comparing debates in France, West Germany and Italy on the question what democracy meant and how it should be institutionalized and practiced, Corduwener deconstructs the myth of the quick emergence of one consensual Western European model of democracy after 1945. The book demonstrates that the formation of postwar European democracy was a long and contentious process in which national differences were often of crucial importance, and contributes to an enhanced understanding of the historical roots of the current sentiment of democratic crisis. 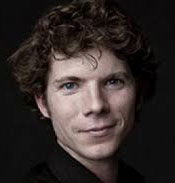 Pepijn Corduwener is an Assistant Professor at the Department of History and Art History at Utrecht University, based at the section of Political History. He specializes in the history of Western Europe from the late nineteenth century onwards - in particular the post-war history of France, Italy and Germany in a comparative perspective. He has published in, among others, Contemporary European History, the Historical Journal, European Political Science, and the Journal of War and Culture Studies on a range of topics, including the reconstruction of democracy after World War II; the historical roots of the democratic crisis in Italy, and contemporary populism.