Governing Europe in a Globalizing World: Neoliberalism and its alternatives following the 1973 Oil Crisis 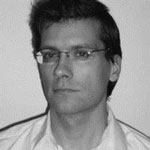 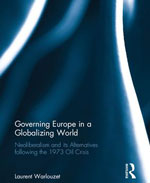 The complex relationship between globalization and European integration was largely shaped in the 1970s. During this decade, globalization began, for the first time, to threaten Western European prosperity. Using an innovative approach, the book shows how western Europeans coped with the challenges of globalization during a time of deep economic crisis during the period 1973-1986. It examines the evolution of economic and social policies at the national, European and global level and expands beyond the European Economic Community (EEC) by analysing the various solutions envisaged by European decision-makers towards regulating globalization, including the creation of the Single Market. Based on extensively examined archives of transnational actors, international organizations and focusing on the governments of France, Germany and the UK, as well as the European Commission, the book uncovers deep, previously unknown, economic divisions among these actors and the roles they played in the success of the EEC.

Please note that the debate will start 14:00 sharp!

All are welcome. The  speeches will  be followed by a Q&A session - and a reception