Green Shadows: Goethe, Ritter and Ørsted on the Polarity of Green and Purple

-with an art intervention by Hubert Schmidleitner

The event is part of the 12th Conference of the European Society for Literature, Science and the Arts (SLSAeu).

December 10th, 1777. Goethe descends a snow-covered mountain in the purple light of the sunset. He can hardly believe his eyes. As in a psychedelic dream, all shadows shine in jade green although no such color is objectively present. This striking experience is the beginning of a lifelong obsession.

Goethe set up systematic experiments to explore the phenomena of colored shadows and he pursued the complementary structures discovered there far into theoretical physics. As his experiments demonstrated, Newton's famous light spectrum with its green center has a complementary counterpart with a purple center. Moreover, for each optical experiment of Newton's there is a complementary inversion.

Goethe and his scientific partners were convinced that the polar interplay between green and purple, light and dark, warm and cold etc. organizes the entire nature, creating a deep connection of all phenomena. When Wilhelm Herschel discovered infrared light in 1800, for reasons of symmetry invisible radiation was to be expected at the opposite end of the spectrum. Thus in 1801 Johann Ritter discovered UV light with Goethe's method. Another 20 years later, and with the very same method of polarity, a student and friend of Ritter's made his greatest discovery: Ørsted's electromagnetism is the interaction between the polarities of electricity and magnetism; its discovery constitutes both the conclusion and climax of Goethean thought.

Note. Berlin artist Hubert Schmidleitner accompanies the lecture with a light/shadow intervention, which can be explored from midday into the night: a floating green shadow moves over a white wall, augmented with the green shadows of the exhibition visitors.

The event is organized by The 12th Conference of the European Society for Literature, Science and the Arts (SLSAeu).

Link to all conference key note speakers. All  events are open to the public.

Organizer: the 12th Conference of the European Society for Literature, Science and the Arts (SLSAeu), 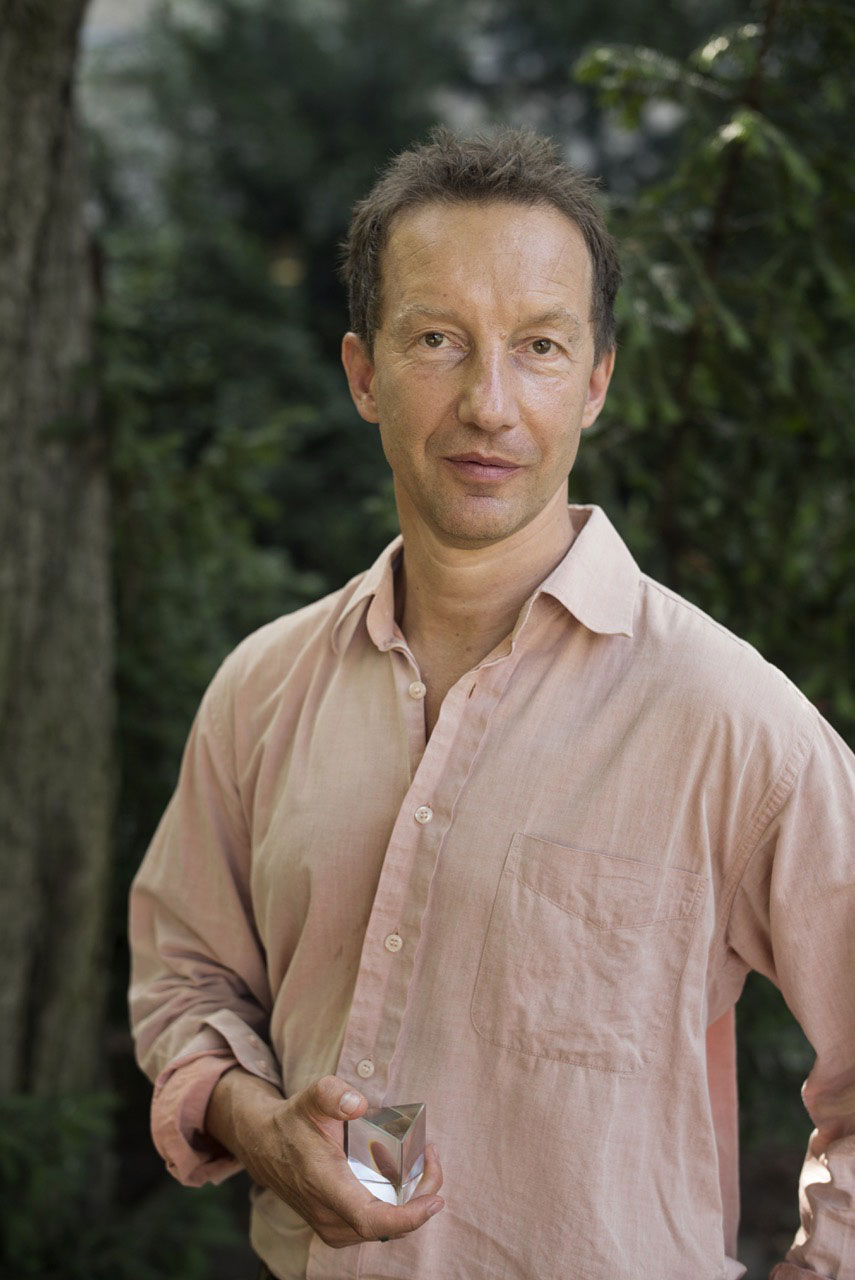 He studied philosophy, mathematics, computer science, and economics in Goettingen (Germany) and Los Angeles (UCLA). He teaches philosophy of science at Humboldt University (Berlin). In his books, he argues against skepticism à la Matrix (2003); in favour of good old metaphysics (2003); in favour of moral observation (2008); and in favour of Goethe's attack on Newton's optics (2015); at present he is writing a book about the role of beauty in physics (2019). In his papers, he defends freedom against the neurosciences, pacifism against adherents of just war, individual justice in climate ethics against Western egoism, and mind/body-dualism against materialism. His main concern is a humanistic interpretation of modern science and technology: Both ought to be achievements of humans for humans. www.farbenstreit.de