Women and Radical Thought: From the Renaissance to the Enlightenment 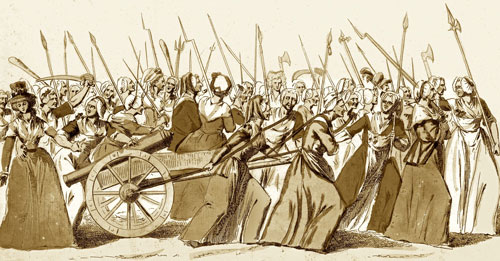 The so-called radical enlightenment was a European movement during the early modern period that was decisive for the formation of modern European democracies; thinkers across Europe were participating in the spread of new and radical ideas. In recent years, the scholarship on this tradition of thought has flourished, developed and brought to light many texts, topics and ways of communication that were hitherto unknown or barely studied. Meanwhile, the term “Radical Enlightenment” itself came under scrutiny and its meaning and legitimacy became contested. One matter, however, is virtually absent from the current discussions: women’s participation in and contributions to radical circles and thought. One may actually ask: Where are the female radicals? The workshop takes up this question and will explore new ways of answering it by following the twofold aim:

The workshop is open, however registration is necessary!

The workshop is funded by:

The Department of Media Cognition and Communication (UCPH)  mcc.ku.dk

The Center for the History of Women Philosophers and Scientists (Paderborn University) historyofwomenphilosophers.org/

In cooperation with Center HWPS