Liberalism, neoliberalism and the critique of governmentality

Registration to Nanna Bonde Thylstrup  nannab@hum.ku.dk no later than 7 sSptember 2016.  Litterature  will be distributed beforehand.
(The speech will be held in Norwegian.) 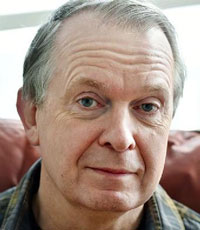 Norwegian University of Technology and Science

In the aftermath of the First World War two paradigms of governance emerged that were to have a decisive impact on Western statecraft in the 20th century, The Welfare State and Neoliberalism. Thought of as two non-reconcilable political rationalities, they are known for their different inherent economic strategies in shorthand often referred to as “fiscal policy” respectively “monetary policy”. Providing a different perspective, French philosopher Michel Foucault undertakes an analysis of neoliberalism, not as a particular economic school, but as a critical form of governmentality articulated in opposition and as an alternative to that of the Welfare State. Part of the archaeology of the contemporary that informed Foucault’s work, the 1979 lectures on The Birth of Biopolitics remain a thought-provoking take on the latencies of 20th century political rationality. The article discusses the three major themes in Foucault’s genealogy of contemporary politics: The market, competition and human capital.