The New Political Right and “Europe”

'There is a vast academic literature on what this lecture series terms the European ‘new right’. Yet remarkably little of it focuses on the issue of Europe, understood either as the EU or (especially) in a wider sense. When Europe is discussed, it is largely in terms of refining different concepts and explanations of Euroscepticism – such as weighing domestic tactical against ideological determinants of party positions'

Read the full abstract about the final lecture  here 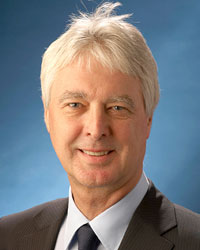 Is Emeritus Professor of Politics at the University of Bath. He was co-founder of the European Consortium for Political Research Standing Group on Extremism and Democracy and the linked Routledge book series, which he still co-edits (36 books have been published so far). In this series he has edited with Cas Mudde Western Democracies and the New Extreme Right Challenge (2004) and with Matthew Goodwin The New Extremism in Twenty-First Century Britain (2010). Earlier publications include (ed.) The Nature of the Right (1989), Fascism. A History (1995), and (ed.) European Political Cultures: Conflict or Convergence? (1997). Forthcoming works include ‘Populism and Fascism’ in P. Taggart et al (eds), The Oxford Handbook of Populism (2017), and ‘Charisma and the Radical Right’ in J. Rydgren (ed.), The Oxford Handbook of the Radical Right (2017). He is currently writing a book with Matt Goodwin on national populist politics in Europe and the USA, which will appear in 2017.

The lectures are open to all. No registration.